In the beginning I wanted this body of work to represent characters inserted in a context inspired by Dante’s narrative poem – ‘Divine Comedy’. These works, while focused on the research of the ‘Being’ were inspired by the long Italian narrative where I gained inspiration and sought to portray with figures, spaces and pictures a metaphorical journey through Hell, Purgatory and Heaven. Instead of becoming embedded in just one ideology, I moved my research to the concept of ‘Reality’, or  ‘The appearance of the Eternal essence’. Reality is a mysterious and bizarre representation or performance, where the characters dynamically alternate between light and shadow, happiness and suffering, as if they were moving between Hell, Purgatory and Heaven.The true nature of things is often hidden behind false illusions (Power, Religion, Technology, Morality, Life and Death, and so on…) , but it is from these illusions that our fears are born and our hopes are nourished.  It is from these illusions which this crazy but wonderful representation called life is created. Noi esseri umani siamo fragilissimi ed insieme eterni.Fragili in questa esistenza che è l’apparire della nostra Eternità . We human beings are both extremely fragile and eternal.Fragile in this existence which is the appearance of our Eternity. (something like that…) I dedicate these works to my sister, my friend Teresa.‘The gull sees farthest, who flies highest.  The only true law is that which leads to freedom’A presto, Ire 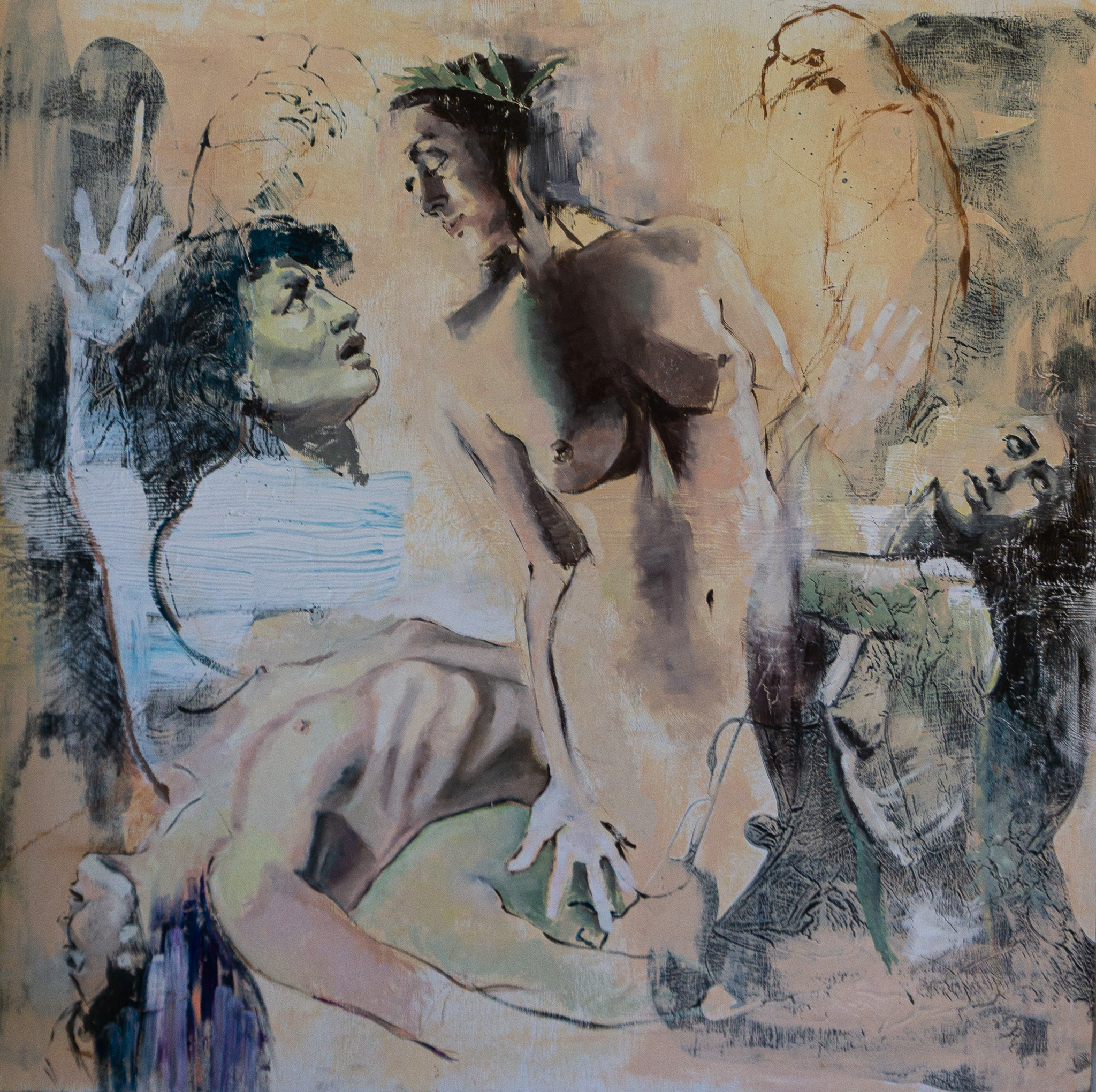